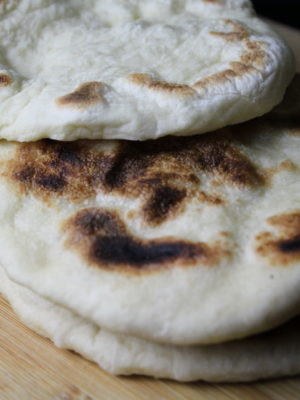 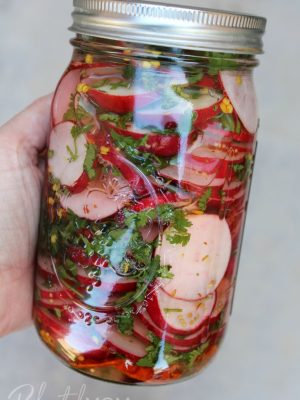 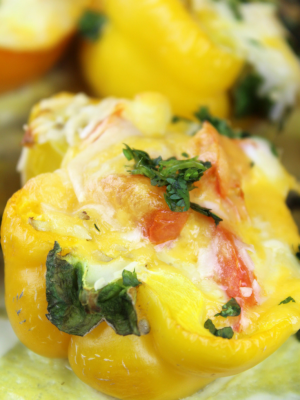 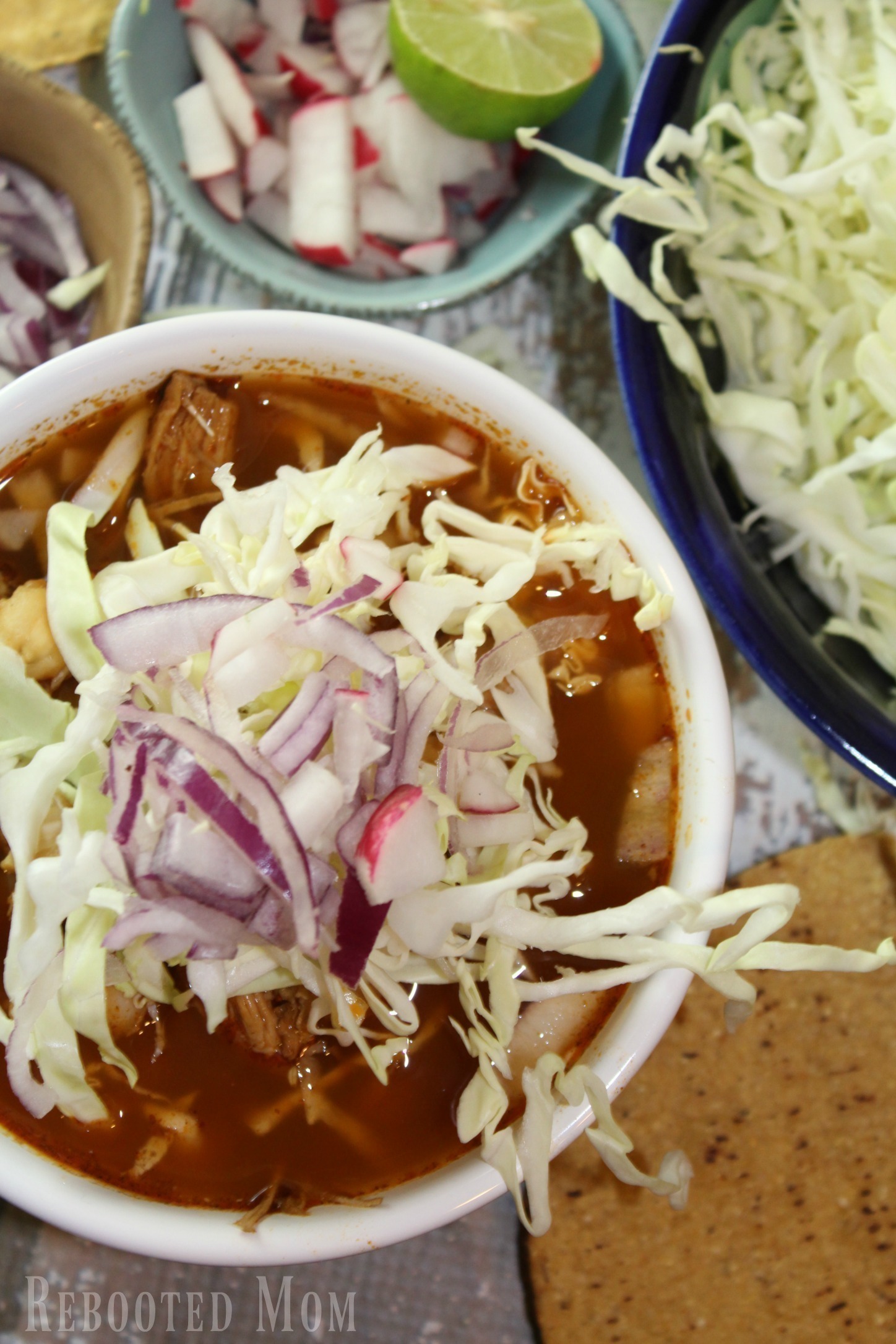 Red Posole (also referred to as “Pozole”) is a traditional Mexican stew (or, maybe we should call it a soup?)  I love it. In fact, it’s probably my favorite thing to eat besides tamales.. and everyone in the family absolutely goes crazy when I get a chance to make it.

There are many recipes for Mexican posole – some with pork, some with chicken – then red chile, some with no chile, and some with oregano and cumin (while some omit those altogether).  No matter what the recipe it can be laborious, and perhaps that’s why many restaurants only make posole on the weekends.

You’ll often find that Posole can differ in recipe depending on the specific area of Mexico – my Father-in-Law is extremely particular about his Posole – and for that reason, we try to stay away from taking him to Mexican restaurants because he’ll frequently mention that theirs is incorrect 😉

In our family, we routinely make red posole – we don’t eat pork and prefer to use chicken.  It’s a favorite in our house, and it’s not made all that often as it can be somewhat time consuming.

Posole tastes amazing when made in a huge batch, and reheated over the next few days. Definitely one of those dishes that gets better with time.  I love to load mine up with lots of onion, cabbage, and radish – then some fresh squeezed lime. My husband usually does the same, but he’ll also add a little dry red chile too.

The word Posole (po-so-LAY) comes from Nahuatl and means “foam” – the hominy expands while the posole is cooking and opens up (or, appears to bloom).  When it blooms, it foams on the surface of the liquid signaling that it is ready. 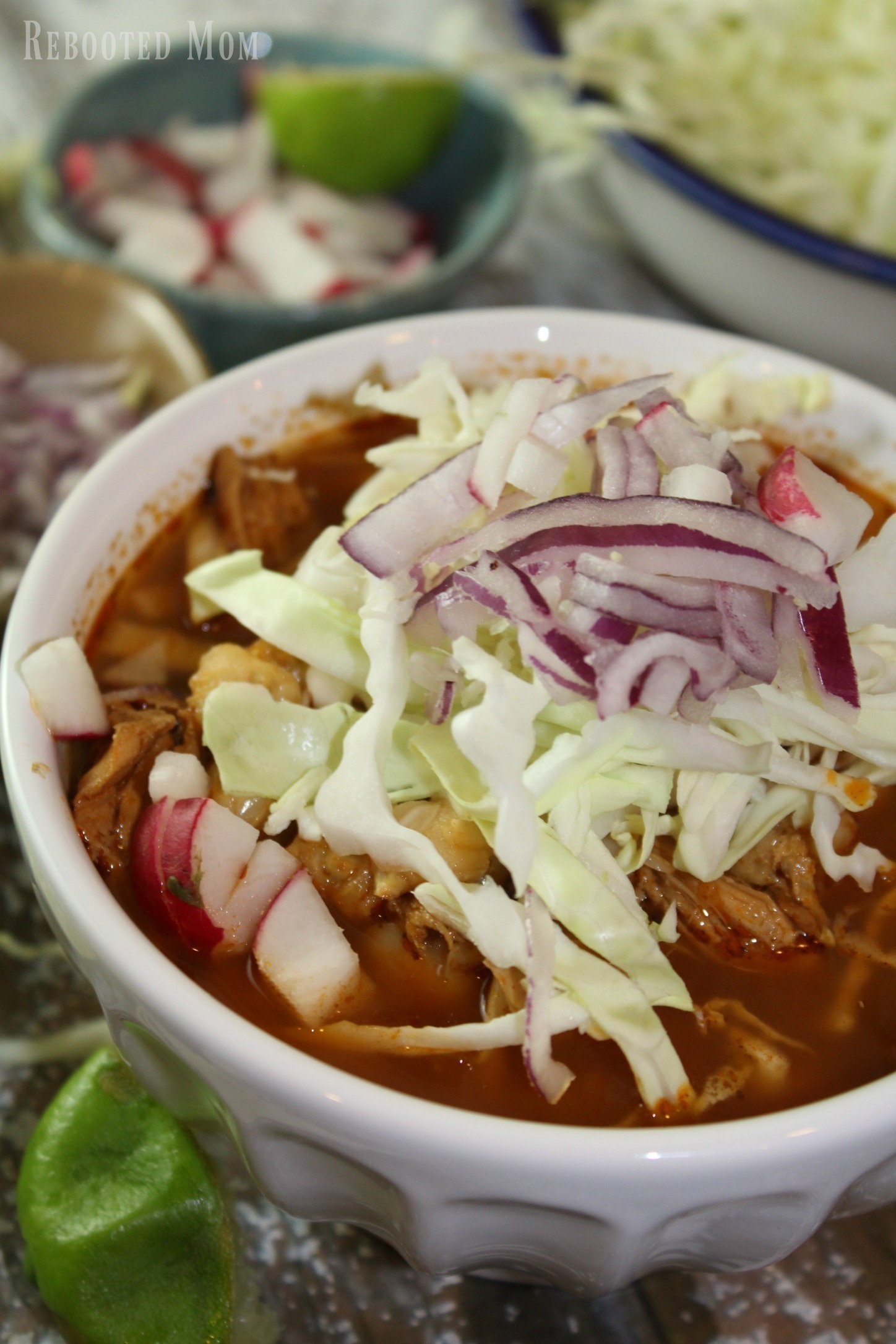 Hominy can be picked up in several forms – I’d say most people usually opt for the large cans of hominy at the market for a few dollars. Others might prefer the dried hominy that they ALSO sell at the market. While both are wonderful, I’m a little more particular about the hominy part of the soup since it’s a corn-based product.

It’s incredibly difficult to find organic hominy – Amazon doesn’t carry it, nor does your typical grocery store or Mexican market. Why organic? Corn is one of those crops in the U.S. that is largely genetically modified.. it’s pesticide laden, which should be concerning to anyone.

You can pick up an organic hominy kit from South Carolina and have it shipped to you – it’s one of the ONLY places I have found for organic hominy in the United States.  If you do this route, you’ll need to learn how to prepare the corn (maiz) – it’s tricky, but not impossible.

One day I’ll have to do a separate post on that because it’s a very long, drawn out process.  As for now, we’ll assume you are using canned hominy.