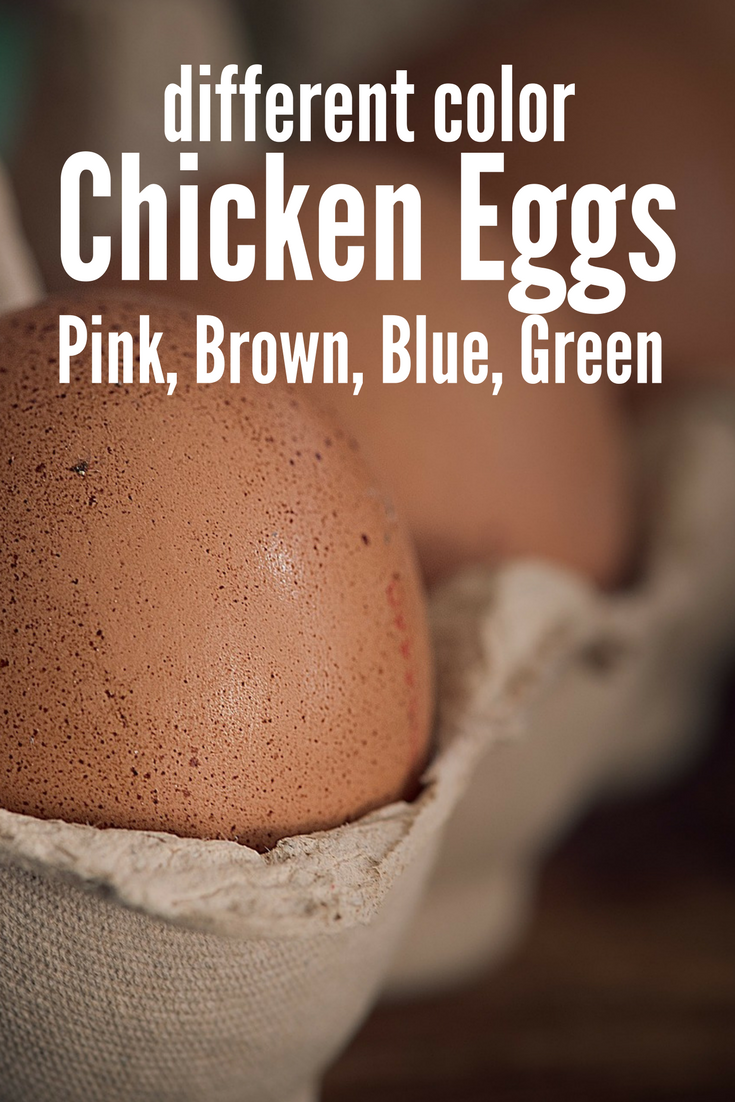 Growing up in Minnesota, we lived not far from local neighbor farmers who had chickens running loose and free. We also lived not far from friends of my parents who raised chickens for pastured poultry and eggs for neighbors who were looking for the opportunity to buy farm fresh eggs.

Now I’m in Arizona and although we can’t have chickens in our community, we do have the ability to buy local pastured eggs from our CSA.

It goes without saying that brown eggs are fresh – but it wasn’t until we started buying pastured eggs for a few weeks that we realized that pastured eggs aren’t just brown… but are a rainbow of colors.

Perhaps not a rainbow.. but pretty close.

Not only do chickens lay brown eggs, they can also lay green eggs, blue eggs and pink eggs.

It’s fun to get a dozen eggs at our CSA and see all the colors in the carton – my kids think it’s fascinating that there is such a variance in colors too. Because I was interested in finding out why eggs are different colors, I took it a step further and did some research – wouldn’t you want to know why your eggs are green?

Or why some of your eggs are blue?

Before that, did you know that a pale egg shell can mean that the chicken is struggling with an illness or without access to cool water? It’s true.

Here are the various shades of eggs you may encounter:

White Eggs: Every chicken starts out with a white shell – the shell is made of calcium carbonate.  No matter what the breed of the chicken happens to be, this is the starting point for every single eggshell.

There are several white laying breeds of chickens – these breeds do not have pigment genes and thus, they lay white eggs.   Some of the white laying egg breeds include Adalusians, Leghorns, Lakenvelders and more, but those are the most notable.

Brown pigment can vary largely too – the brown eggs can vary in color by season (lighter in the summer, and darker in the cooler months). The level of pigment always dissipates as the chicken grows in years – so an older hen will have a lighter shell over time.

Blue Eggs: Blue laying chickens, known as Ameraucanas, Araucanas, and Cream Legbars, all have oocyanin – this is applied very early in the 26 hour laying process. Unlike brown pigment, the blue goes through the shell, so the inside of the shell will be blue as well as the outside.

Green Eggs:  The chickens that lay green eggs (Easter Eggers, and Olive Eggers) are the result of cross breeding a blue egg and a brown egg breed of chicken. Thus, they have both the blue and brown genes.  These eggs will be blue on the inside (from the cross of the blue egg and brown breed) but green on the outside (blue and brown = green).

Pink Eggs:  There aren’t too many chickens that lay pink eggs, but those that do are the result of the cuticle being painted on just prior to the egg being laid (4-6 hours from the end of the 26-hour process. The color of the pink will be determined by the thickness of the bloom that applies.

Darker pink or plum colored eggs come from thicker layers of bloom.If you are looking for pink egg chickens, try Light Sussex and some Easter Eggers.

Speckled Eggs:  Pretty rare, speckled eggs are the result of the Cuckoo Marans and the Welsummers – and happen when the egg rotates during the pigmenting stage.  If the egg rotates too slowly, the egg results in speckles – definitely a rarity.

We have seen a variety of eggs  in our CSA share – from speckled to brown, deep plum, and even green. We’re hoping one day we can get a blue egg – but until then, we definitely rejoice in the opportunity to have such an incredible variety.

Have you ever seen any of these varieties? Or if you raise chickens, what are your favorite breeds to raise?