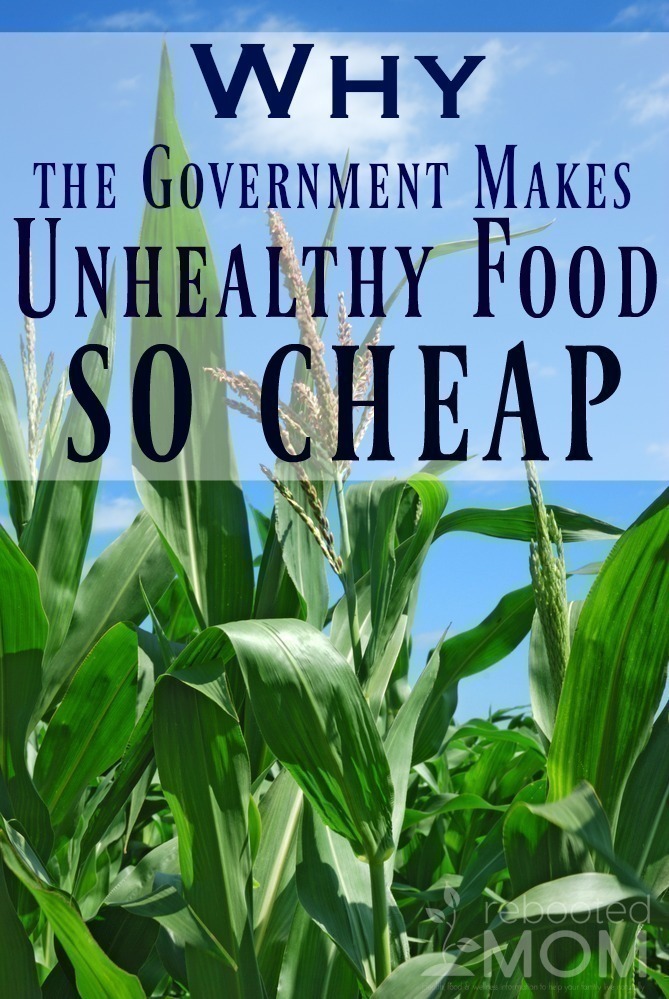 Over the last few months we have dispelled the myth that comes with eating healthy… most people think it costs more.

It might appear to cost more, but it really doesn’t – but then eating healthier requires discipline, a change in buying habits and that you look past opening a box to make things yourself.

And in this day in age, who has time for that?

Everyone is busy – but you make time for what you find to be important to you.. so the story goes.  It doesn’t particularly help that the federal government makes bad food cheaper than healthier food.

How does the Federal Government make Cheap Food so Readily Available?

Corn does it all – for the most part. Over 50% goes to the animals that feed us (domestic animal operations). Then, 5% goes into Corn Syrup – which is in almost every item on grocery store shelves, to include baby formula (YUCK!) It’s inexpensive, and therefore what is used as a cheap source of calories and taste.

The subsidy payments for Corn are more than cotton, soy and rice (combined)..

Cheap corn has created a huge boom for corn syrup – and now, it’s used it almost all processed food.  From soda to cereal, condiments and even bread. It’s in the soda pop you drink, frozen foods and granola bars.  All that corn syrup allows manufacturers to sweeten up processed foods for LESS – keeping their costs minimal.  And for people on a tight budget, that’s great – because cheap food is efficient food.

While those items MIGHT make some inexpensive food, it’s not really helpful for the consumer who is watching their weight.  Those heavily sweetened foods that are largely processed with corn are cheap for the consumer, but unhealthy for Americans.

Healthier foods – fresh produce, fish and lean meats, tend to be more. Although you want to stay away from factory farmed meat in the grocery store, grass fed, organic pastured meat will be higher in cost. And while it might be more nutrient-dense, it’s not as easily accessible as walking into a grocery store.

Can We Win over those High Farm Subsidies?

It IS possible to prevail over those high farm subsidies, simply by buying local. If Americans bought a little more from local sources, then local farms would gain just as much revenue from local purchasers than the subsidies they might get from the government.

Although it may seem like your purchase dollars are tiny in comparison to the huge numbers pulled in from farm subsidies, you can gain more control over your food supply and your health by focusing on local purchasing.

Support local family farms in your area by way of a CSA.  These farms usually stick with the traditional farming practices of growing produce without pesticides, the way nature intended.